A common complaint I hear from church planters is, “I don’t know how to start meeting people in my community for spiritual conversations. I don’t have a natural way to meet new people.” The planter perceives the problem to be meeting new people, when the problem is often related to seeing new people. One of the biggest impediments to gospel conversations is bad vision. Uncorrected vision can keep us from seeing the image of God in others and speaking to them accordingly.

We see, but we don’t Perceive

Jesus consistently spoke to people as people made in the image of God, even though they were not living according to His standard. The woman at the well was a daughter of the King, Jesus challenged her that she was living short of the Kingdom. Zacchaeus was a small man in many ways. Jesus helped Zacchaeus to see himself differently, as a man of integrity, a giver not a taker. Receiving God’s grace made it easy for Zacchaeus to give away earthly goods. Jesus, friend of sinners, befriended prostitutes treating them with love not lust, as people not objects.

As church planters, we need to learn this lesson from Jesus. We must seek to move our relationships from the transactional to the relational. Many of our relationships are “relational,” but others we view as transactional. How would Jesus speak to the checker in the local supermarket, the waiter or waitress who served Him, or the person who repaired His car? What questions would He ask? How can Jesus’ example help us to see God’s image in people alongside their deep spiritual need?

One way we can adjust our vision is to consider the daily conversations we have with others as a gift from God. We speak with people all the time, but not always with intentionality. Each day, God gives us the gift of connecting with people in various circumstances. Our goal should be to move relationships from the transactional to relational – from accidental to intentional. Ask the woman at the well for a drink. Tell the tax collector you are coming to his house for dinner tonight, or ask the waitress how her daughter is doing and what you can pray for in her life. We need to ask God to help us see people as people so that we can join Him in restoring in them the image of the King. 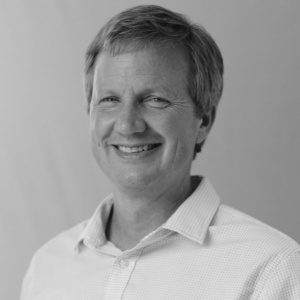 Cabot is the Senior Pastor of LifeSpring Community Church in Spring Grove, Illinois and is president of Reach Chicago. Cabot grew up in California where he met and married his wife Asia. They have four adventurous children who were willing to accept God’s call along with their parents to move from California to Spring Grove in order to plant LifeSpring Community Church, a church plant from Lakeland Church in Gurnee Illinois. Prior to planting LifeSpring, Cabot has acted as the Director of International Ministry for Touch Global, a leader for several years at Bible study Fellowship and President of Antique Trove. He holds a B.S. from Pepperdine University and a Masters of Divinity from Trinity Evangelical Divinity School in Deerfield, IL. One things that Cabot would want you to know: Life is an adventure and Jesus is the greatest treasure you will ever find. Life’s greatest joy is being found in Him!

View all posts by Reach Chicago